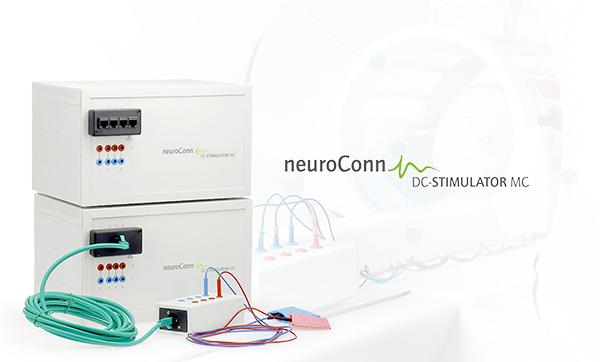 The DC-STIMULATOR MC is a stimulator for use in scientific research. It provides a stimulation with weak direct or alternating current (transcranial electrical stimulation – tES) within non-invasive Neurophysiology. The electrical charge and current density applied are far below the threshold for releasing a stimulus. Depending on the duration, the used current, the current density and the frequency the stimulation either activates or inhibits cortical activity. It has therefore a modular effect on existing neuronal elements.

Its main focus of application is in clinical research into multi-channel, controlled, supervised and simultaneous tDCS / tACS / tRNS stimulation of patients and patient groups.

The DC-STIMULATOR MC provides up to 16 electrically independent, freely programmable, micro-processor-controlled constant current sources using independent channels. It meets the highest safety standards thanks to (hardware- and software-based) multistage monitoring of the current path. By continuously monitoring electrode impedance it can accurately maintain the user-defined current amplitude while also detecting if there is insufficient contact with the skin, which will then automatically terminate stimulation to ensure subject safety. 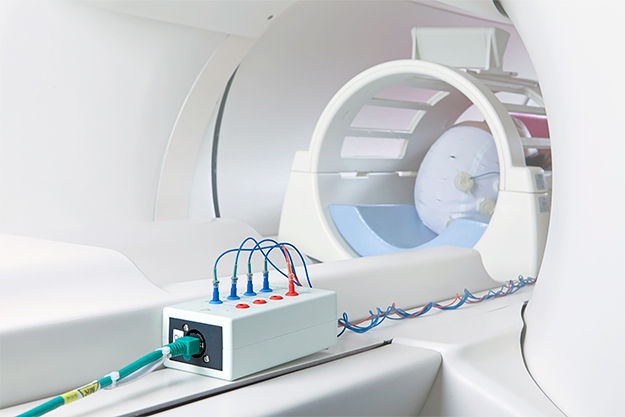 The DC-STIMULATOR MC can also be used during functional magnetic resonance imaging (fMRI) and, in addition, can be combined with the NEURO PRAX TMS/tES allowing full-band DC-EEG to be recorded during multi-channel tES. 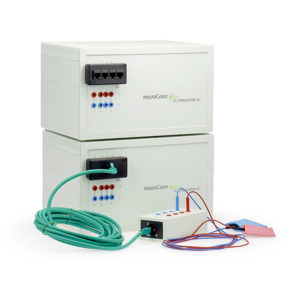